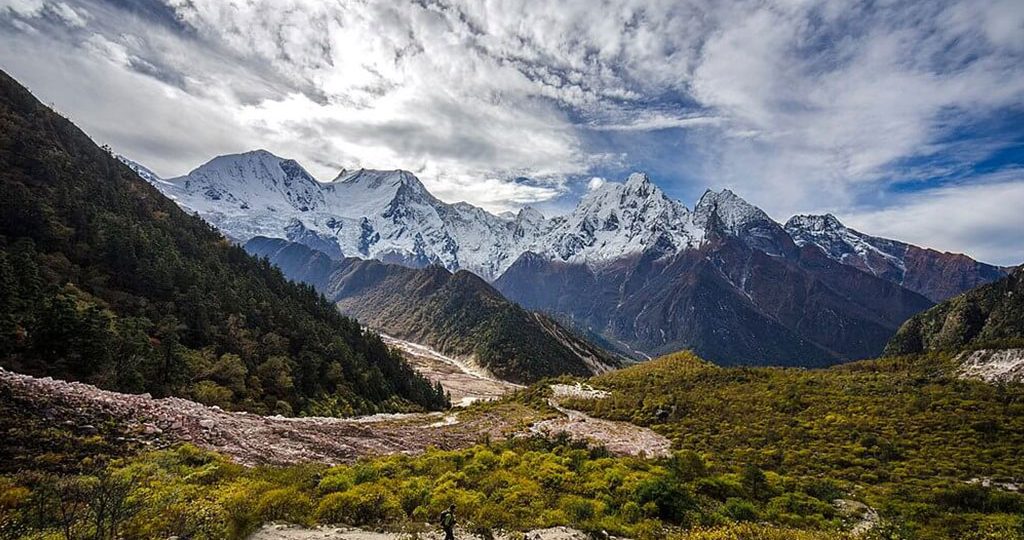 The Manaslu Circuit trek is quite popular because of the terrain. And the unique off-the-beaten-path trekking experience adds to the thrill.

The crisp and clear mountains are of course a major attraction of Manaslu Circuit trek in September. The beauty of the hills, deep gorges, distinct wildlife, glacial valleys, and rugged scenery is at its best during September.

The varying altitude of the trek means you will be passing through different ecological zones. Some of the zones tropical, subtropical, temperate, alpine and subalpine are in abundance here.

The trekking trail takes you through alpine then tropical areas. The area bursts with ferns, bamboo, pine timber forest. The waterfalls and aqua-blue-green lakes laced with cotton-white beaches compliments to the beauty.

Manaslu Circuit trek in September is sure to leave you dumbfounded. It is a strenuous trek but, the beauty of it all makes every step worth it. 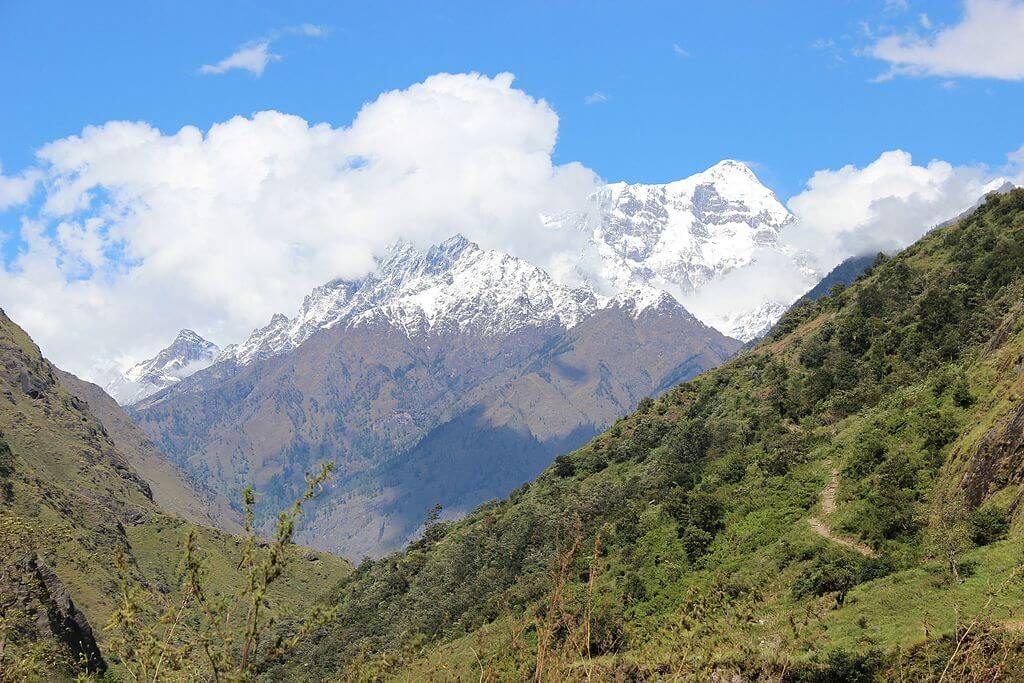 The Manaslu conservation area as well as Annapurna Conservation area both host a diverse range of flora and fauna. The amazing biodiversity of the region comes to life after the monsoon rains. The beauty of it all is sure to leave anyone speechless.

The monsoon is almost gone so the skies are very clear. This allows for amazing views of the Himalayas as well as the unique terrain.

The temperature is not too cold as the winter is still a few months away. And during the day time, it is quite sunny and warm. The nights do get cold but less than the winter months.

The Manaslu Circuit trek in September offers fewer crowds. Many trekkers start to come to the region in October. So the trek is perfect for people who are searching for a peaceful trek.

The low number of trekkers in September means there are many deals on prices which is always a good thing.

During the Manaslu Circuit trek in September, the skies are mostly clear. But, the first two weeks of September may still see some rain.

September is the beginning of autumn in Nepal. And if you’ve traveled to Nepal before you may know that autumn is one of the peak seasons to trek in Nepal.

During September in the Manaslu Circuit trek, the weather is moderate, neither too hot nor too cold. In the lower regions of the trek like Jagat lie at an altitude of 1410 meters. The average temperature in those regions is 21 degrees C.

The higher regions like Samdo lies at an altitude of 3860 meters. The average temperature in those regions in September remains around 7.7 degrees C.

In the later weeks in your Manaslu Circuit trek in September, the downpours come to a halt. The leaves start changing colors and the landscape becomes magnificent.

The September trek to Manaslu Circuit is an opportunity to observe two seasons in one month. You get to experience the adventure of the monsoon and the beauty of autumn. 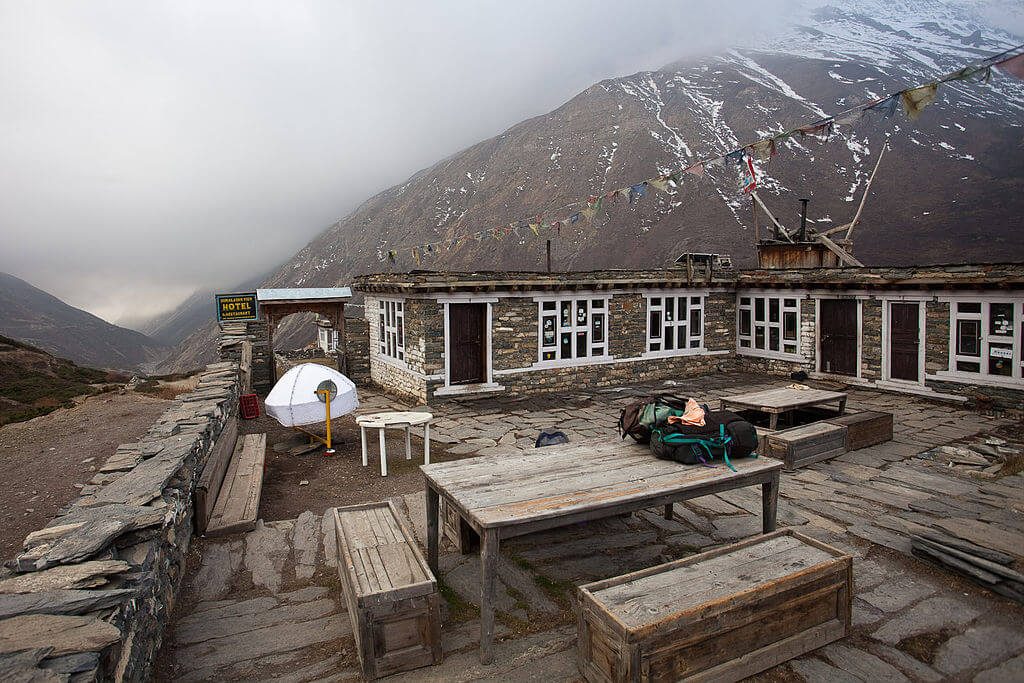 Autumn is the peak season for trekking in Nepal. As so, you will greet more people in autumn than in other seasons.

The Manaslu Circuit trek in September will allow you to get accommodations with great deals. As most hotels are preparing for the upcoming crowds you will get all the benefits without the higher price tag.

There are some great hotels in the lower regions. But, you will have to stay at smaller hotels and tea houses as you enter the higher altitudes.

The hotels and tea houses will provide you with the basic necessities such as blankets, extra pillows, towels. So, you don’t need to worry much.

In the lower regions, you may have the facilities of a western style toilet. But, you will have to learn how to use the squat toilet as you ascend. As only those are available in the higher altitudes.

You may or may not get facilities of hot water in some of the places, but they will happily provide you with some for a few dollars if you ask.

However, you should not expect much of the facilities as you climb higher. The places you will stay at do provide basic facilities but there are no big hotels just small teahouses.

Food Available in the Manaslu Circuit Trek in September

The most preferred and easily available food throughout the trek is the traditional Dal- Bhat. This meal is a well-balanced meal served with rice, lentil soup, and some veggies. It provides enough energy as well as the nutrients required for your body.

Bottled water is easily available but may be a bit more expensive in the higher altitudes.

The first two weeks of September in Manaslu Circuit trek may still have downpours. Sometimes you may have to face a few rainstorms. However, after the rain stops you can see the most magnificent views you have ever seen. The air will be crisp. And by the end of the first week of September, the rains start to lessen.

In the first week, the subsisting monsoon rains do make the paths quite slippery in some parts of the trails. A pair of good pair of trekking boots with a good grip should do the job.

The monsoon season attracts many leeches in the trekking trail. This may be a problem that can be easily avoided if you carry anti-leech sprays and/or ointment.

You may also find mosquitoes annoying in the lower part of the trekking trails. But they won’t be a problem as you ascend to higher altitudes.

To ensure you have a safe and sound trek, you should make sure you pack accordingly.

While packing you should keep the monsoon rain in mind. A pair of rain jacket and waterproof trousers are a necessity during this trek. In addition to those, as the paths are quite muddy and slippery during the first few weeks of September. Be sure you buy trekking shoes with a good grip.

You will face humid weather, be sure to pack breathable pieces of clothing. And as the elevations increase the weather tends to get really cold. So warm clothes are also necessary.

It is also recommended to carry light, wind jackets suited for monsoons. This is to make sure you remain dry and comfortable during the treks.

Some accessories that you should not miss out are well-polarized sunglasses and a wide-brimmed sun hat. These will make your trek during the day more comfortable. Some basic necessities are

To manage your Manaslu trek cost, you can rent some gears from Kathmandu if you think you may not need them for future use. 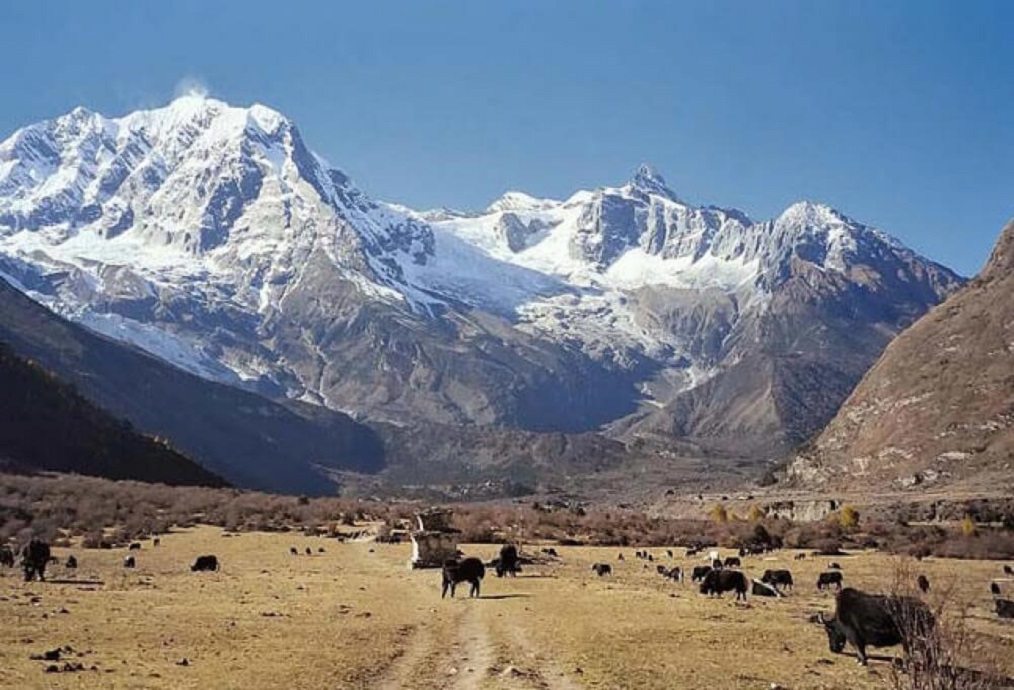 The Manaslu Circuit trek falls in the Manaslu region which is a conservation area. As a result, solo trekkers are not allowed in Manaslu.

Trekkers are subject to obtaining a special entry permit for Manaslu Circuit trek. The government rules also state there must be a minimum of two trekkers in a group, accompanied by a local guide.

You need three different permits for the trek.

On a standard 17-day tour itinerary, you’ll be walking for 10-12 days with an average distance each day of approximately 15-20 km. The long distance combined with the slippery paths of the first few weeks of September make the trek strenuous.

This means that you do need some prior training experience for this trek. You will have to train even if you are in good physical condition.

You should train for the high altitudes. And, make sure you prepare yourself for the mixed terrains.

Basically, you need to work on improving your stamina for the trek. Work on the areas like your leg, feet, knees, and ankles for the type of stress they’ll experience on the trek.

The beauty of the Manaslu Circuit trek is indescribable. Every day will be a special adventure on this trek. The landscape and biodiversity are all very unique. In September you get the opportunity to witness the clear blue skies, soothing weather, lush greenery and vegetation of the region.

The beauty of the trek does prevail all year round. But September does offer great deals.

Since September is a shoulder month, Manaslu Circuit trek in September allows you to experience the beauty of two seasons in one. Besides that, the solitary attribute of the trek is what makes it so exceptional and endearing.

And in September, with lesser crowds, you will have better options for accommodations and flights.

If you have any queries about the trek or want to book yours then feel free to contact us. 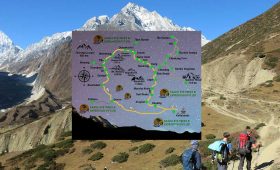 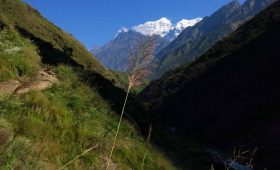 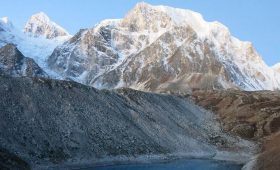