If you have tight schedule of travelling , 4 days tour to Bhutan will be your right choice to explore major Glimpses of Bhutan.The kingdom of Bhutan is an exotic land of high mountains and lush valleys, snow-clad peaks and clear running springs and a well preserved Himalayan Buddhist culture . You will be very happy to know the happiest people of Asia and their traditions, culture and their lifestyle. You will also explore various monasteries and Buddhist art in Bhutan. You will fly in Druk Air from Kathmandu to Paro Airport and enjoy the amazing lifetime experience of the Himalayan flight over the snow-capped mountains.Travelling to the Bhutan From Nepal with Eagle Eye Treks and Expedition  is the very easiest.

After arriving & visa formalities and collection of baggage, you will be welcomed by our tour representative from Eagle Eye treks and Expedition who will be your tour guide during your entire trip in Bhutan.On the way to Thimphu, you will visit on the way you will visit The iron chain bridge might look frightening at first, but once you start crossing it, it becomes very fun. After your arrival in Thimphu, we check-in at our hotel and will take you for coffee for refreshment.

Thimphu is the capital of Bhutan. It is also the seat of government, spirituality, religion and commerce. It happens to be one of the most lively and vibrant places you have ever visited. It is a unique combination of the old and the new in which tradition and progress have come together to welcome you. Overnight stay in a hotel in Thimphu.

Post breakfast we will take you for Day excursion to Dochula Pass. On a sunny day, you can get stunning views of the Himalayan ranges. The Dochu La Pass is probably the best known mountain pass in Bhutan. Located at an altitude of 3150 meter above sea level, the Dochu La Pass is about 30 kilometer away from the capital city Thimphu and the road to Punakha. On a clear day the pass offers visitors a spectacular view of the majestic eastern Himalayan Ranges. A cup of hot coffee or tea at the pass has almost become part of tradition for people travelling to and fro from Punakha to the capital city.

Another striking feature at the pass are the 108 Druk Wangyal Khangzang Chortens, that were built for the well-being of all sentiment beings on earth. After we done with Lunch we will drive back to Thimphu, on the way we will visit Botanical Garden, Weekend market,National memorial chorten. Overnight stay in a hotel in Thimphu.

After early morning breakfast, we will drive towards Paro and we will take you for a morning hike up to Taktsang Monastery, also known as ‘Tiger’s Nest’. Hanging precariously and magically from a rather steep cliff, the Taktshang monastery is a monument of genuine pride for the Bhutanese nation. It defies architectural principles to the core and amazes tourists from around the world. Later after hike you will visit

The Jowo Temple of Kyichu is one of the oldest temples in Bhutan. The temple was built by the Tibetan King SongstenGampo in the 7th Century AD. The KyichuLhakhang was one of the 108temples constructed by him to subdue a demon that was terrorizing the people of the Himalayas.

The ParoDzhong is probably Bhutan’s best known and most iconic Dzhong.This is probably the first building you will notice when you land at Paro International Airport and will probably be your first memory of Bhutan. The imposing Dzhong is perhaps the finest example of Dzhong architecture existing the world today, the massive buttered walls of the fortress dominate over the valley. The RinpungDzhong’snames translates to the “Fortress on a heap of Jewels “.

The National Museum of Bhutan is housed inside the six storied circular Ta Dzhong. The Ta Dzhong is a medieval watch tower situated above the RimpungDzhong. The Ta Dzhong was constructed in 1656 with a purpose to give advance warning to the ParoDzong in case of an approaching army, in fact the word Ta means ‘to see’ in Dzhongkha.

You can also shop for thangkha paintings and Bhutan’s exquisite postage stamp. One can come across these items in the many handicraft shops in and around and also in major towns. Please remember that buying and selling of antiques is strictly forbidden in Bhutan.Overnight stay in a hotel in Paro.

In the morning after early breakfast we will see you off at the Paro Airport for your onward destinations.

Included in the Cost

Not Included in the Cost 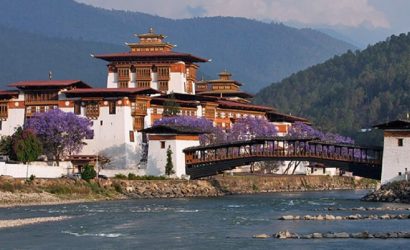 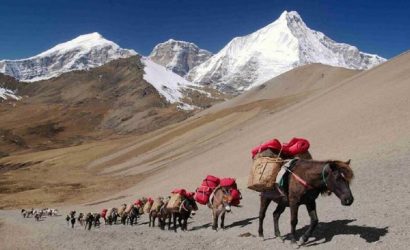 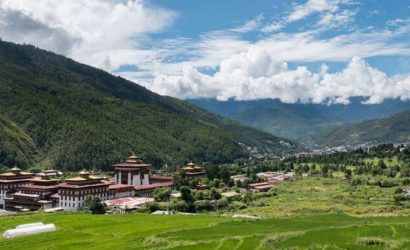 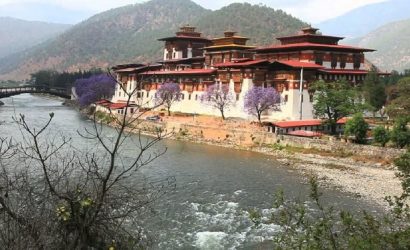