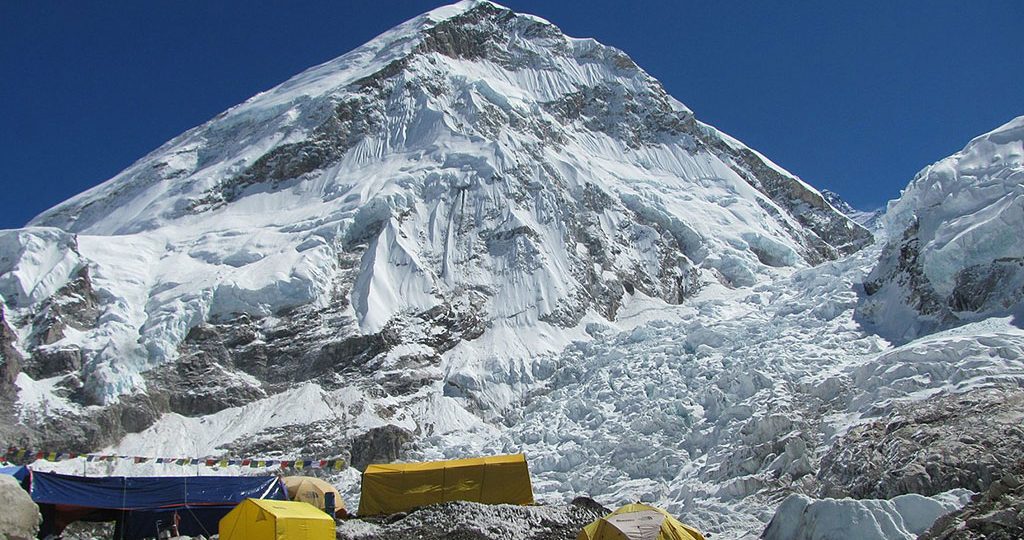 November marks the best time trek to Everest Base Camp. It is the end month of Autumn season in Nepal. The steady weather and favorable temperatures attract a lot of passionate trekkers to the Everest Base Camp during November.

The Everest Base Camp is one of the most popular trekking destinations for trekkers all around the world. And even though people have their own preference, the alluring month of November is one that no one should miss.

During the EBC trek in November you will be able to see heavenly views of mountains. The clear skies of November make this experience even more awe-inspiring. Mount Ama Dablam, Mount Nuptse, Mt Lhotse are some of the mountains you’ll see during the trek.

The month of November in Everest Base Camp provides quintessential weather and climate. The weather in EBC is neither hot nor too cold. The rainfall during November is close to none. The climate gets colder as you climb up to higher altitudes, as it is a mountain trek.

Accommodations and Food in EBC during November

During the November trek to Everest Base Camp the tea houses will all be open as this is the peak season. You will also have many hotels to stay in. So, you will not face many problems finding the right accommodation. But, you should book them in advance.

You will be able to receive Nepali food like rice, lentils, vegetables throughout the trek. But, do not worry as other alternatives will be available too. But, do remember that the prices do tend to get a bit high. 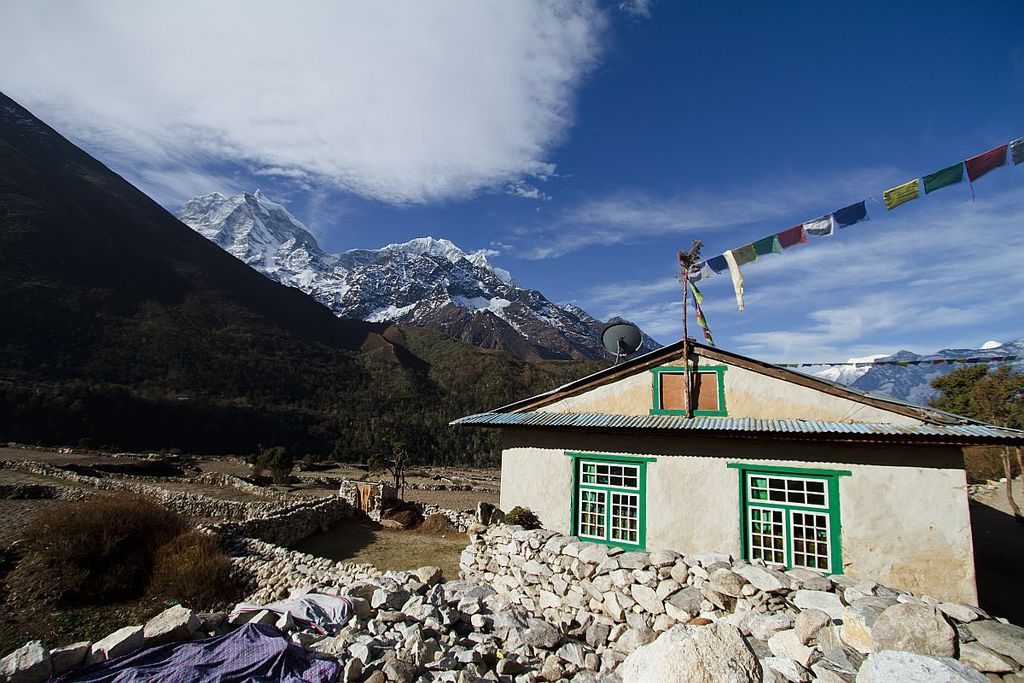 The trek begins with your arrival to Lukla via flight. The flight itself is quite fascinating. The autumn brings about lots of colors in the lush forests. The changing colors of leaves bestow a quite charming view on the travelers.

After arriving at Lukla the trekking begins. The first step of the long trek is from Lukla to Phakding. The next trek will be to Namche. Namche will be quite fascinating at this time of the year due to the hustle bustle of travelers and locals. The experience will be amazing.

You will have to acclimatize at Namche for a day as the altitude will become a problem if you don’t. Because Namche does stand at an altitude of 3500m.

The trek continues from Namche to Tengboche. November is also popular for its clear skies. The clouds clear out and give you a crisp view of the majestic mountains.

Trail, then, will take you to Dingboche. The trail from here starts becoming difficult. Dingboche does stand at an altitude of 4400m. So, you will have to acclimatize here for a day.

After the acclimatization, you will then trek to Lobuche. From Lobuche, slowly and gradually you ascend towards Gorak Shep and from there to Everest Base Camp.

Your way back will be as invigorating as the trek up. So, be sure to keep the energy going.

You can find various packages to go trekking in Everest Base camp. Some of them include:

Jiri to Everest Base camp trek

Everest Base camp trek via Gokyo

The trek to Everest Base Camp is quite a challenging one. But, November does make it easier as compared to the monsoon and winter seasons. The Monsoon is well over at this time so the rain won’t bother you at all.

The winter will not have arrived. So, the freezing cold will not be a problem. However, as it is a mountain climb it will be quite cold even during November.

But, overall, the autumn season will help you avoid many problems faced during other months making the trek much easier.

Items to carry for November trek to EBC

The fast winds magnify the cold. The winds in higher altitudes can reach up to 10 km/hr. But also remember that you will be walking most of the time so, it might get a bit stuffy at times.

So, you should pack accordingly. To help you get an idea on how and what to pack for EBC Trek, here are some lists.

You should pack your clothes and shoes accordingly. The trek is a mountain trek and as so there will be some amount of humidity. Here is a list of clothes and shoes to pack for your trek to Everest Base Camp in November.

Trekking in this region requires various gear. Here are some that you should carry with you while trekking to Everest Base Camp in November.

You may find it difficult to get required toiletries. The trekking route does not have many shops. Here is a list of some that you may find useful to carry. 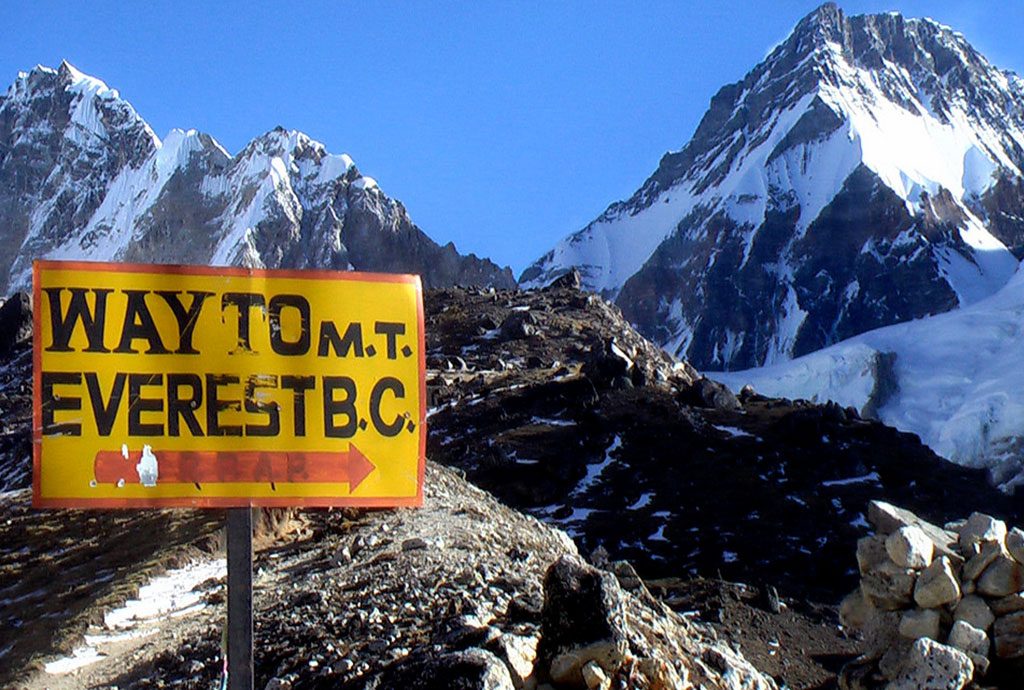 As you are traveling in a foreign country you should always be ready with some documents. You may need to show them along the way. Here are some that you shouldn’t forget.

Visit: Tips for Everest Base Camp Trek for more.

The Everest Base Camp trek is an energizing trek. The trek is amazing all year round and it depends on your own preference.

But, during November trek to Everest Base Camp you have the advantage to see pin sharp views of the breathtaking mountains. As well as experience amazing climate and culture.

Are you thinking of trekking to Everest Base Camp? Contact us for further queries or to book the trip in advance. 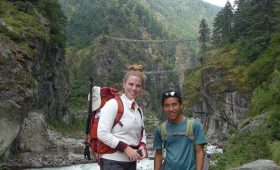 Everest Base Camp Trek Packing List for the Female Trekker 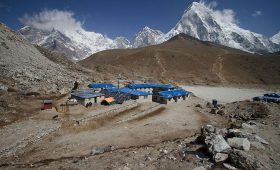 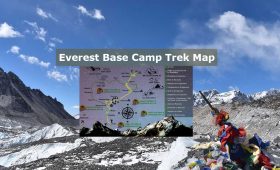